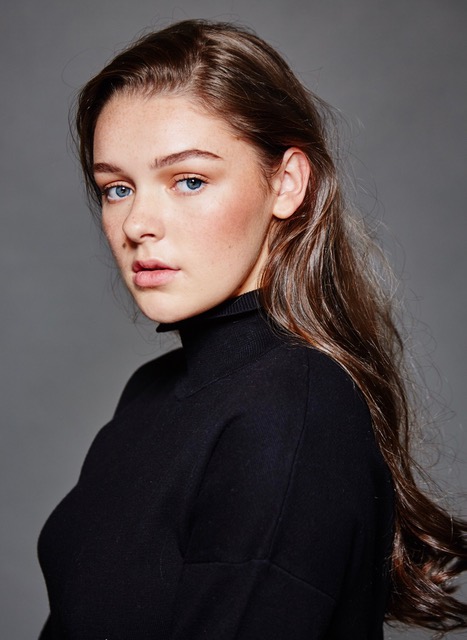 Emma Haughey was born and raised in Melbourne, with an immense passion for the performing arts. She is a recent graduate from the first ever cohort of NIDA’s Diploma of Stage and Screen Performance. Throughout her time at NIDA she was exclusively trained by tutors such as Les Chantery, Phillip Quast, Darren Gilshenan, and Garth Holcombe to name a few. Onstage, she was seen in NIDA’s “Borderline” (by director Egil Kapste) as well as “The Hour we Knew Nothing of Each Other” (by director Jennifer Hagen).

Prior to being accepted into NIDA at 18, Emma appeared as Ainsley Grizan in Channel Eleven’s “Neighbours” in 2016. Additionally, she featured in the Jeep TVC “Are We There Yet?”

Emma has over 10 years’ experience in various dance styles such as jazz, contemporary and ballet, whilst also

completing regular singing lessons throughout her schooling years. While at school, she took part various productions and local theatre shows, and studied both Drama and Theatre studies in her VCE graduating year.

Emma was awarded the Dux prize in Theatre Studies and was selected as a VCAA Top Class Performer.