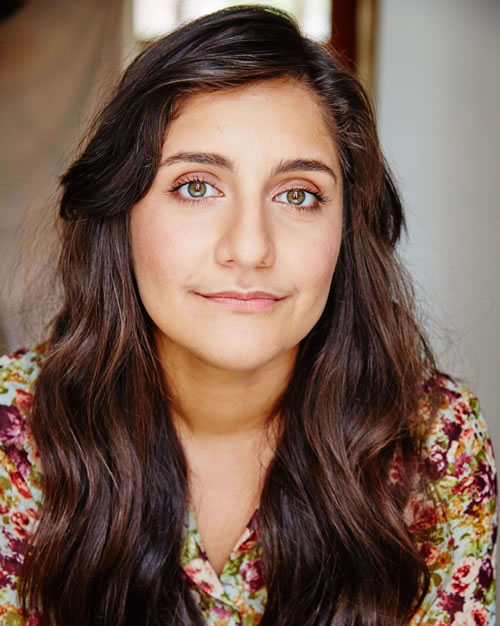 Melanie Araya is an actress well described for her confidence, quirky character, indistinguishable looks and barefaced passion. She has played a variety of roles ranging from naive, curious interns to awkwardly outgoing call girls. Her personal favourite roles involve anything extreme, from suspenseful thrillers with an unexpected outcome, to situational comedies that spiral out of control.

Melanie began her on-stage endeavours at the Powerhouse Youth Theatre (PYT), which inevitably hooked her into production roles for both theatre and film. Whilst attending her final years in high school, she also completed a certificate in Technical Theatre at the National Institute of Dramatic Art (NIDA).

Upon graduating high school, Melanie co-founded and produced Mon Sans Productions from 2012 to 2014. Mon Sans Productions chartered itself as a youth theatre company devising works for and by young emerging artists. Melanie’s determination to engage within the industry extended to providing similar opportunities for other artists. Throughout 2014, she delved into filmmaking and graduated that year with a Diploma of Screen and Media from Metro Screen. Melanie interned at the Australian Theatre for Young People where she tapped into development and business of arts funding, administration, liaison, crowd funding, logistics, sponsorship and events management.

After resigning from Mon Sans Productions in late 2014, Melanie’s focus changed to solely branching out her performance skills and projects into other areas. Working as a production assistant on “Burlesque Idol” and “Noir Revue” (2014) had inspired Melanie to take up contemporary and pole dancing, which she first began while studying for her HSC. Her passion for retro, vintage and pin up eras lead her to be daring, adventurous and excitingly burlesque. With a founding love for traditional and conventional dance forms, she loves being the sensuality and cheekiness that are innate in the practice of pole dancing.

Melanie’s energetic persona is reflected within the truisms of everyday life, while being hell bent on flexible acting. Mostly known for her oddball and ‘no filtered’ way of being, Melanie goes for things that tend to be both headstrong and challenging. She is particularly drawn to stories of persistence, failure and absurdity.