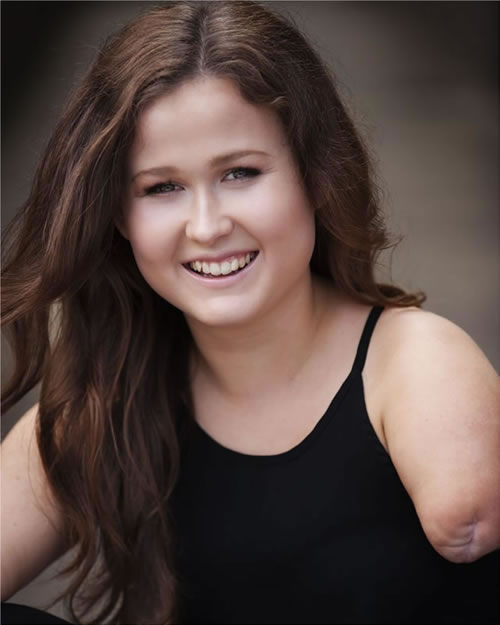 f there’s anything that Brylee Mills has learnt in dancing, it’s how to listen to her body and treat it like a beautiful, affecting, aerially and intellectually abstract force of nature. Originally from New Zealand, she worked with professionally inclusive Touch Compass Dance Co. for 4 years. She aced her RAD ballet exams, achieving an above-70% rate in her primary and advanced modules.

A successful audition for the famed Brent Street Studios saw her move to Sydney in February 2015 for an intensive, full-time year in Cert IV in Dance. Alongside hip-hop, jazz and lyrical, she majored in classical and contemporary, and felt these styles to be a best reflection of both worlds.

Tutelage by some of the best teachers in Sydney such as Teneill Wilson (Head of Ballet and Contemporary) and Nadia Klucznik (Head of Petite Performers) further refined Brylee’s dance-theatre technique. This, she put to consummate use at the sellout 2015 graduation showcase, both in an ensemble and a solo. She tends to evoke a narrative of physicality, struggle and reclaimed destiny; meanwhile her choreographic moves alone are worth a thousand words. A sinuous pivot, a enshrouded shimmer, a mid-air sense of gravitational pull, strength and speed etching her features into one of pure, alacritous concentration.

Of course Brylee is not just a one-trick pony: she has posed for NZ Photographer of the Year Richard Wood in award-winning portraits as part of the International Colour Awards. She specialises in family, wedding, portrait and dance photography.

Other than dancing stints on acclaimed reality TV competitions “The Voice” and “NZ’s Got Talent” Brylee has had classes in singing and acting, the latter of which she utilised in a local medical drama “Shortland Street”. In 2016, she has also been invited to speak on National Young Leaders Days across country, a youth initiative of The Parenting Place designed to nurture, inspire and empower New Zealand students of all ages.

And the best and most normal part of all—this young performer also happens to be a left arm amputee, but when has that ever stopped anyone from reaching unparalleled dedication, discipline, affability with most people and social change as well as a welcome for new challenges and opportunities?